The cold of the winter, our motorcycles being out of commission and not to mention it was in the low 30s. All those months leading up to Liberty Fairs, we had no idea what to expect. Don't get us wrong we are g's and ride in 10 below weather...heck Sadiki once road his hog in -25 degree weather just because. We embarked on the 6:30 a.m. Megabus from Union Station to New York and slacker Asher Driggers of Grifter Company USA made his way by 9:00 a.m. rail via Amtrak Acela Express.
With rain and ice in tow; driving conditions were short of nothing nice. A four-five hour trip turned into an 8 hour trip. We touched down in New York safely. Never mind the rain was pouring down. We had no umbrellas, rain coats, galoshes no nothing. Grandeur visions of showing up to Liberty Fairs looking like Darryl in the rain would not be us. We hailed a cab and made our way over to Gramercy Park to our DC now NYC connect Kalu Ugwuomo and met his friend and founder of a start up MyStream. Then we headed over to a speakeasyisque restaurant in east village that shall remain nameless. Rightfully so the lounge looked like something you would've seen out of the prohibition days. Smoke filled atmosphere, room after a room, and hidden curtains. After taking a grand tour of the restaurant we made our way through a curtain, which put us in the back where we finally sat down. The waiter brought us four waters after 30 fucking minutes. We were all so tired all we could do is sit there and just stare. Think Tony Montana Cocaine Mountain, slumped in the seat minus the yayo. Kalu finally threw in the towel, "Ef this" We are going to my man's Zach's restaurant." And let me tell you Lucien; a family owned French Bistro was nothing short of service, brunch was amazing, mimosas were flowing and we topped it off with La Gavulin 16 scotch whiskey. After here Zach knew another spot that he wanted all of us to check out. Next we met a group of swanky DJ's in town for an EDM related event, not my thing but like a real g i'm down for whatever. Sadiki not being as g on the other hand, even recognized Sasha; a DJ that he met performing at D.C's Flash night club. Off to another cliche after party we went to the after after party but ironically we were three hours late. Needless to say we did not get in until late. It wasn't until the next day that we were actually able to let our full SWAG take effect. Check our journey below.
ABOUT OUR CREW: Search and Rescue Squad is a trio of builders (L, Tawfeeq, and Kenya) involved in all aspects of design, furniture design, retail design, art, installation, curation, vintage, antiques and apparel. S&R is often known for being behind the scenes, but for the 2015 Liberty Fairs Show they stepped out front center. Along with a collective of: Butcher Shop Rehab (BSR-X), Grifter Company USA, Custom Lifestyle by Hamid Holloman, Peg and Awl, ya boys of Gentlemen's Brim along with a major assist from Modern 50. We made our Liberty Fairs - Freedom Hall debut branding together. 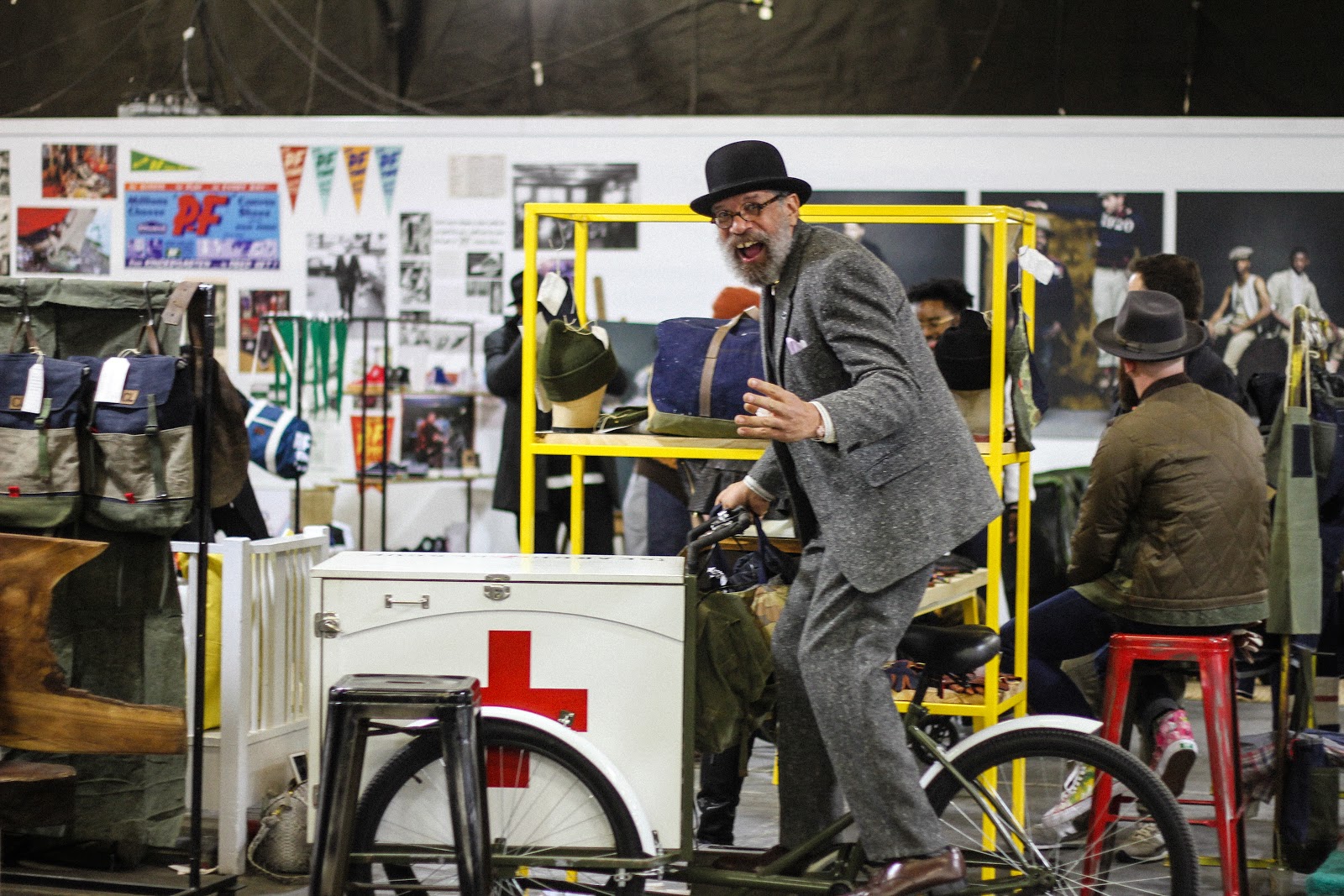 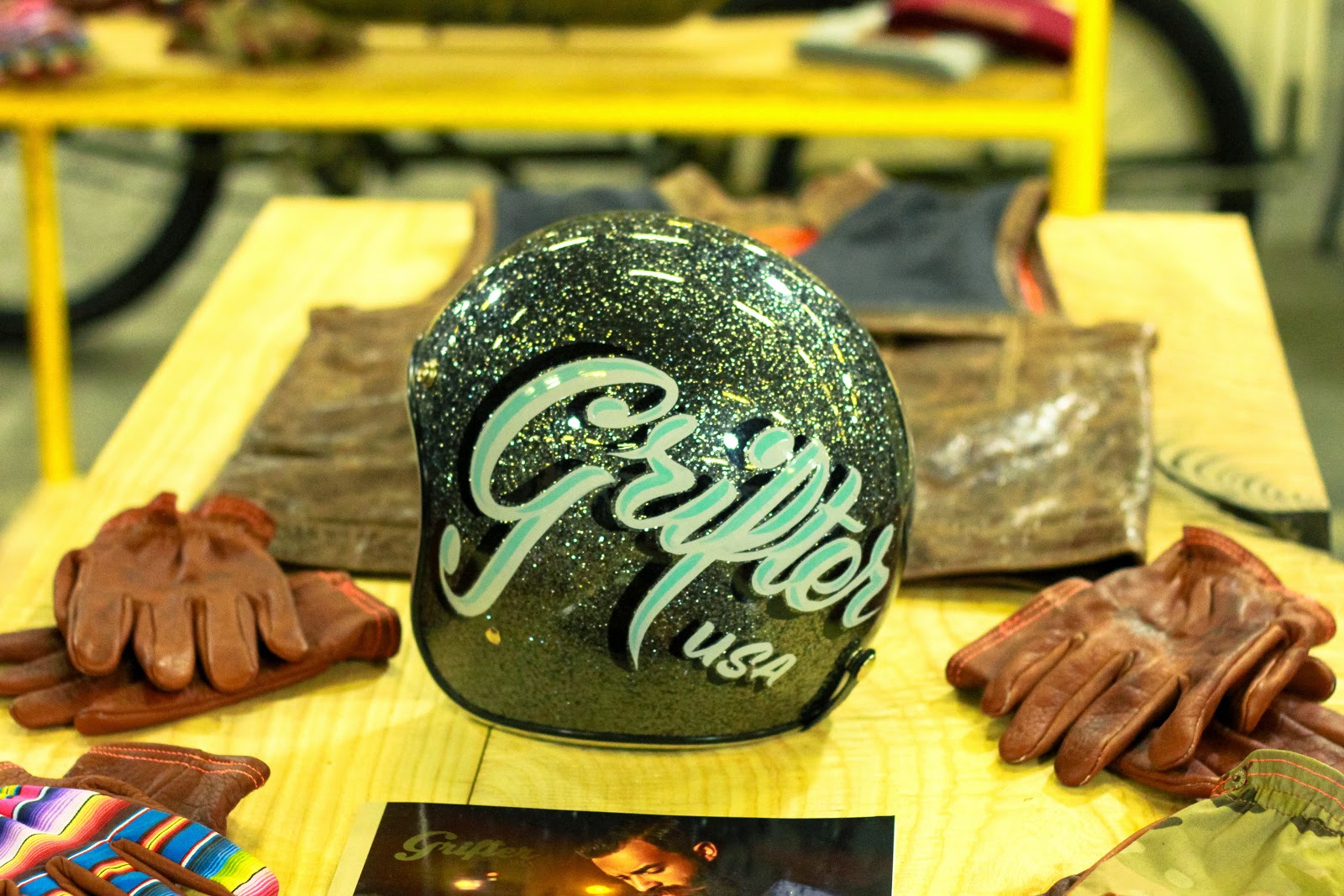 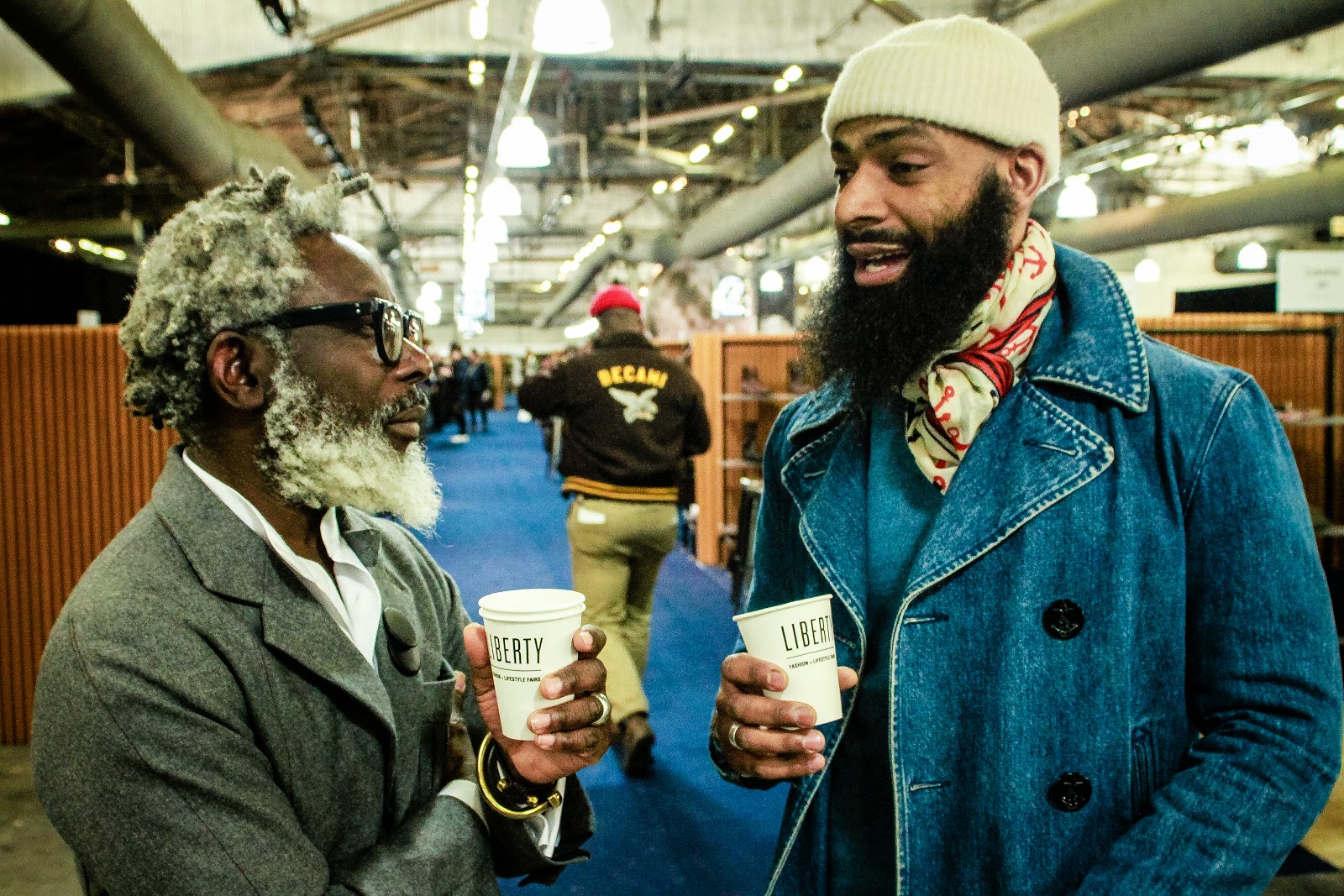 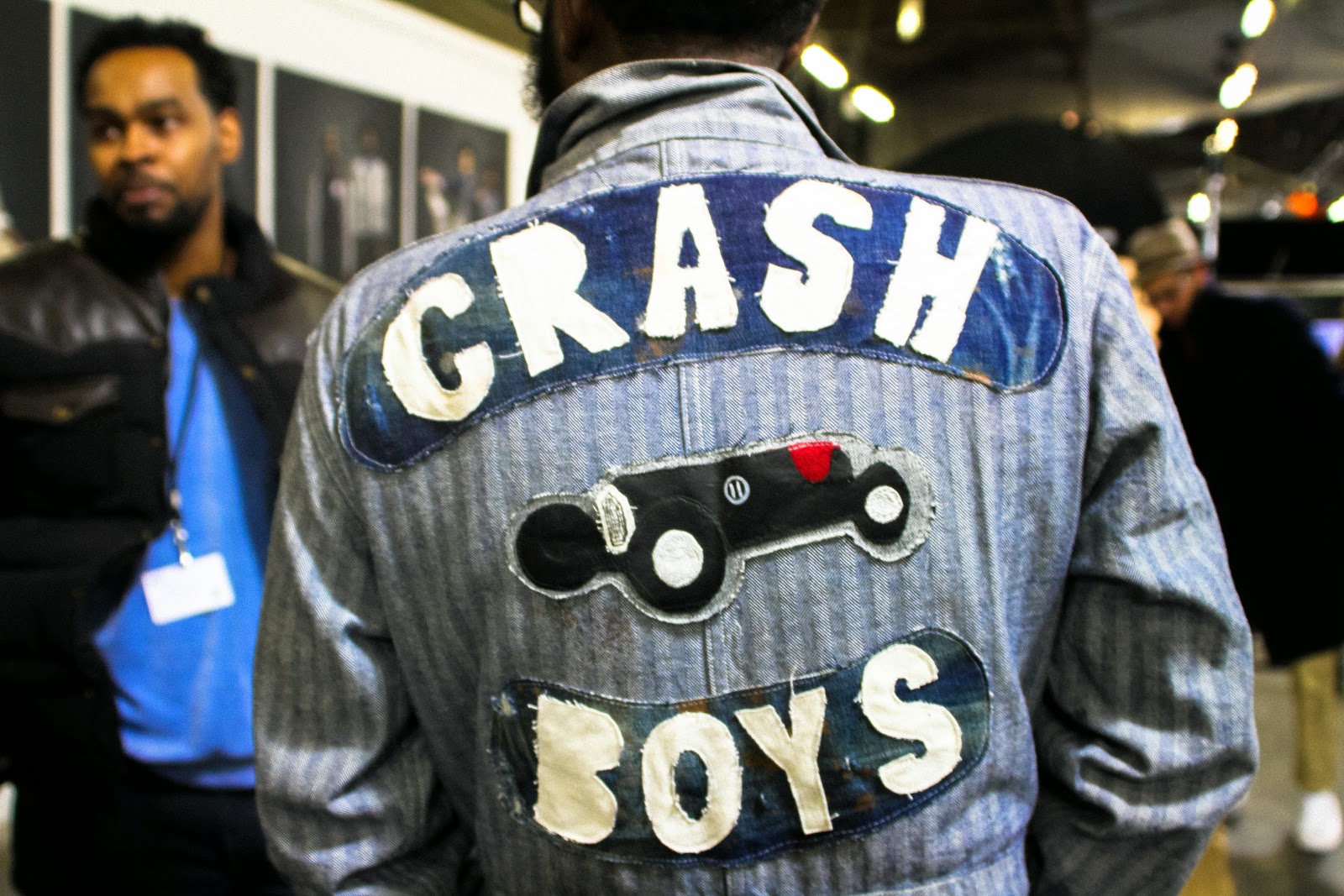 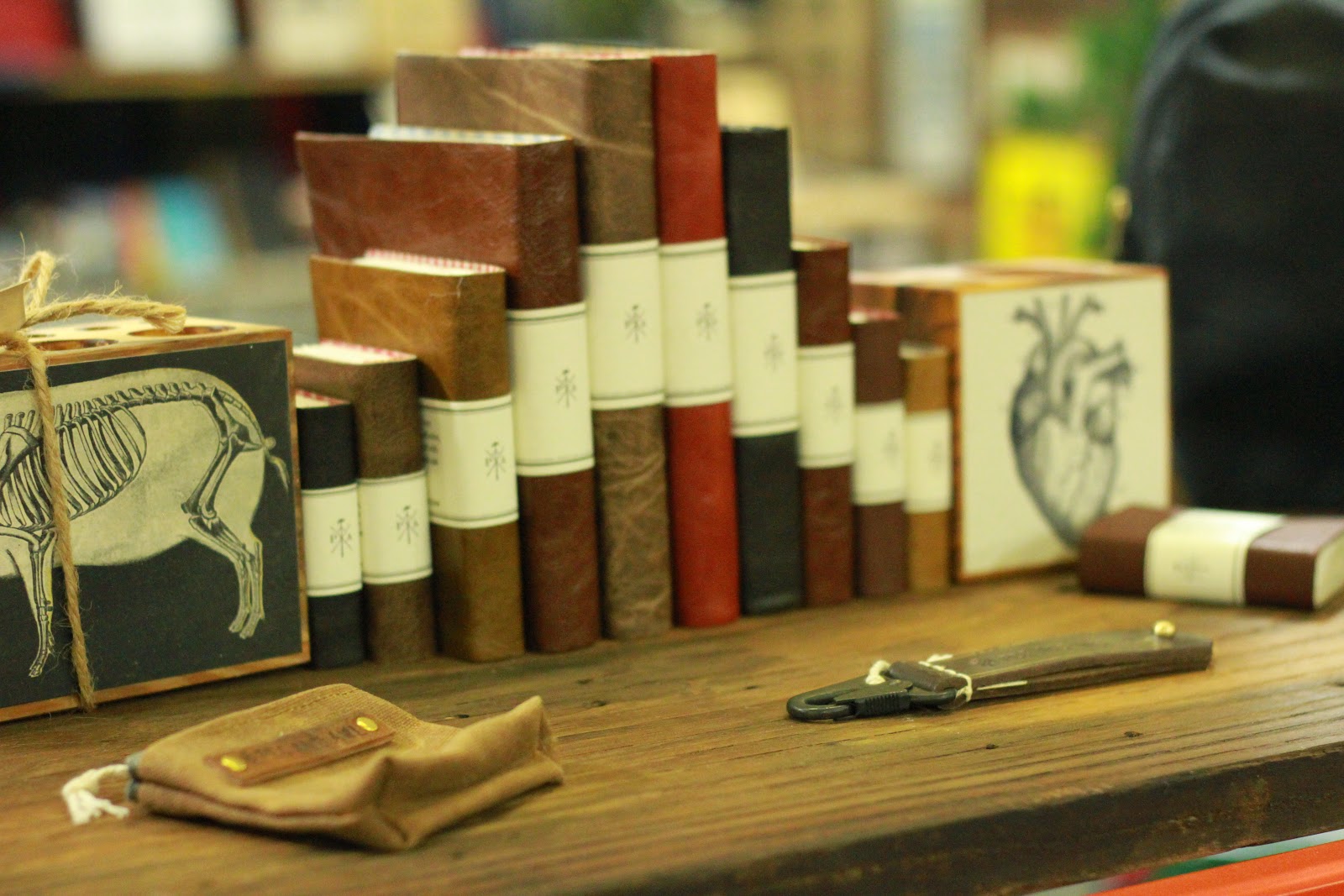 CLUTCH Magazine Japan will be having a trade show in Japan 5/26-28/2015. CLUTCH Collection Yokohama. 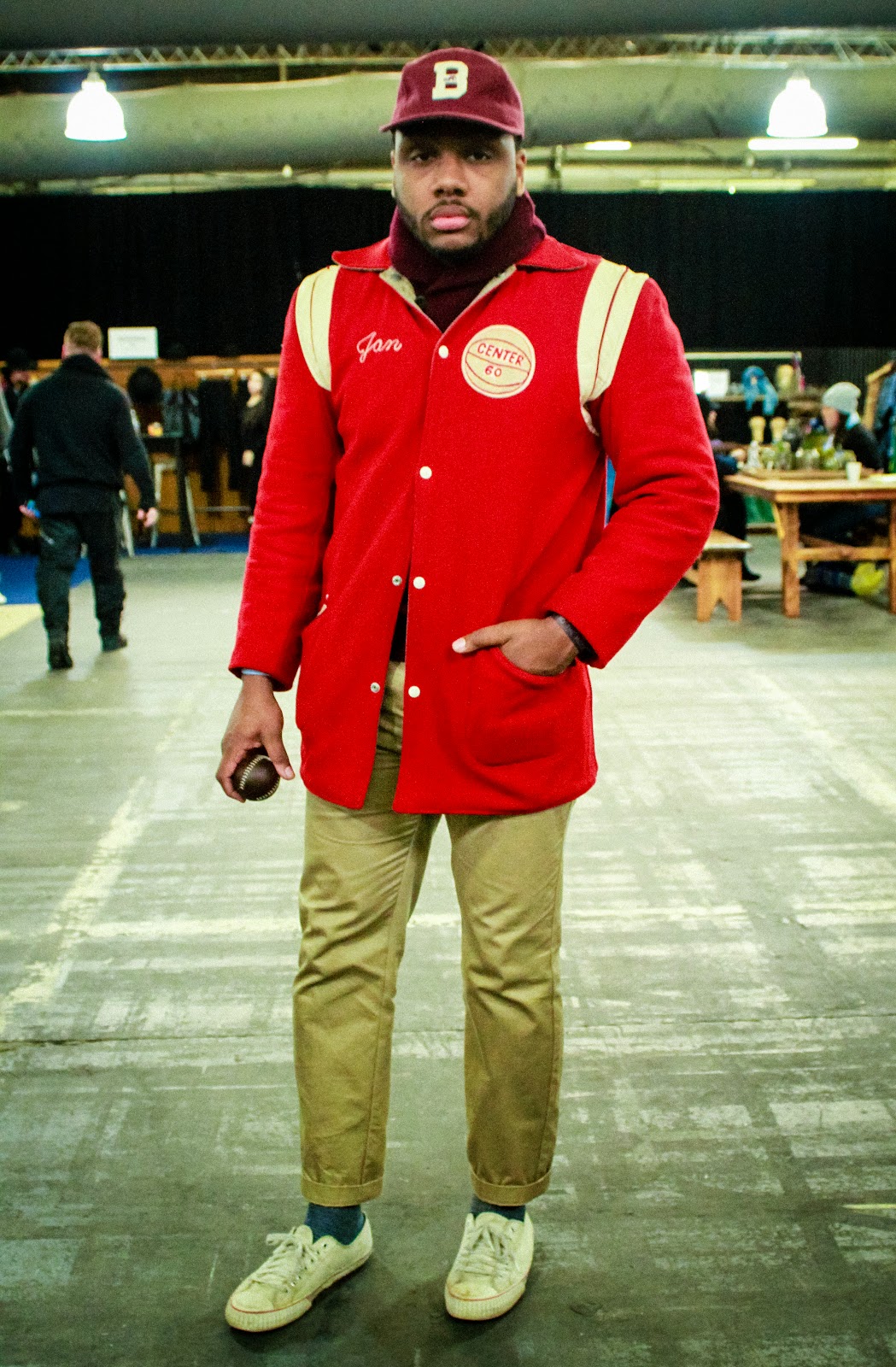 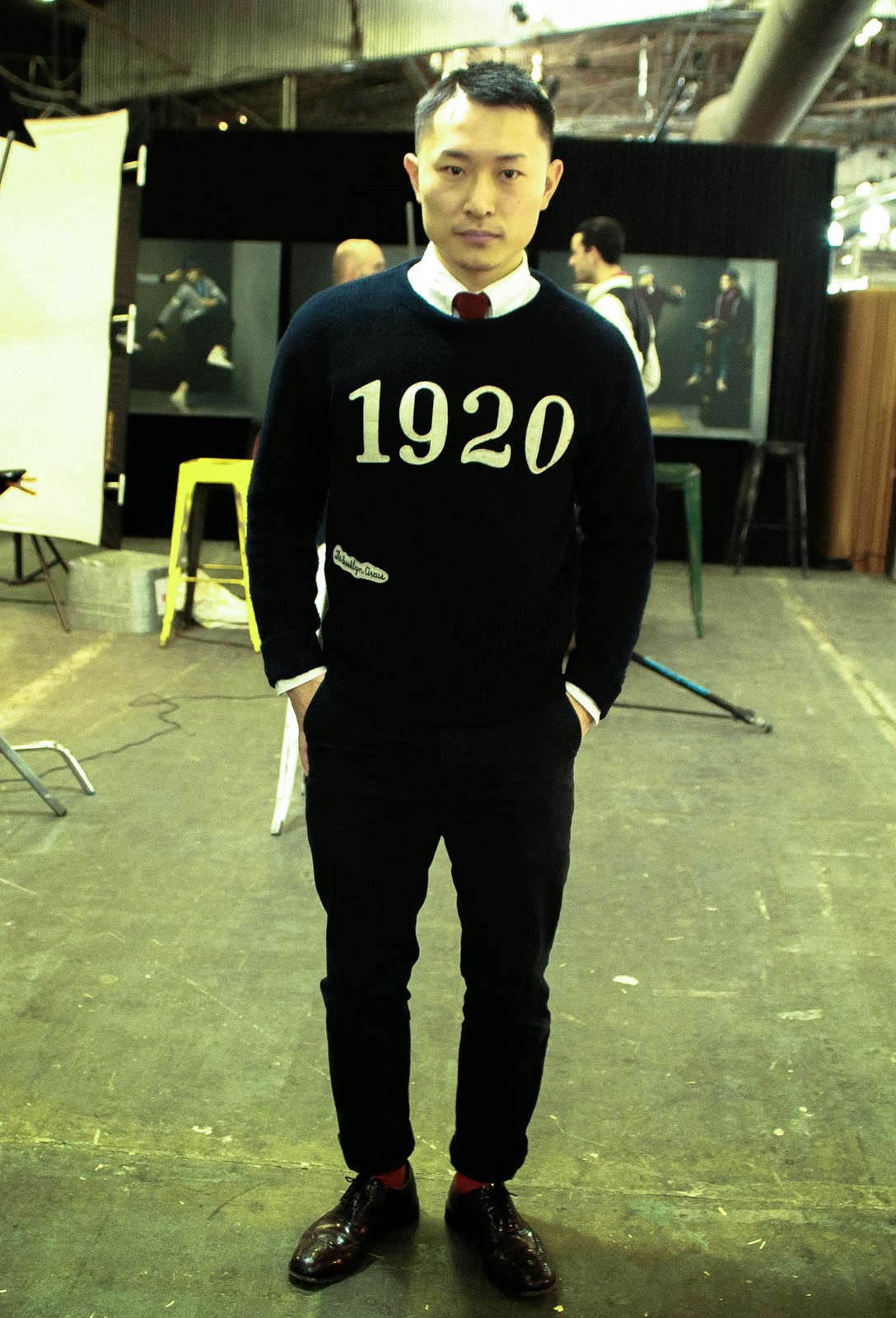 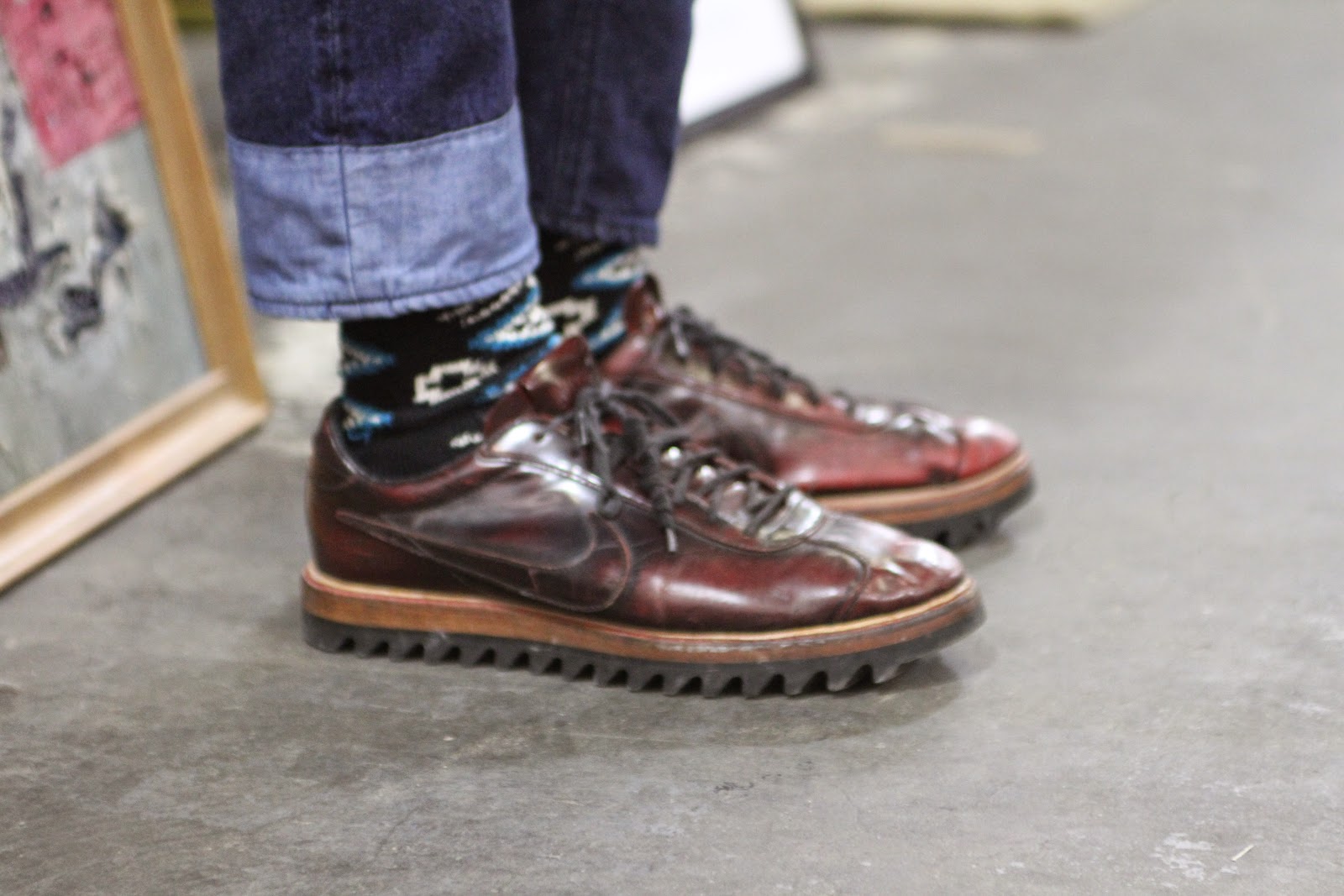 
"The People of Liberty Fairs Day 3" 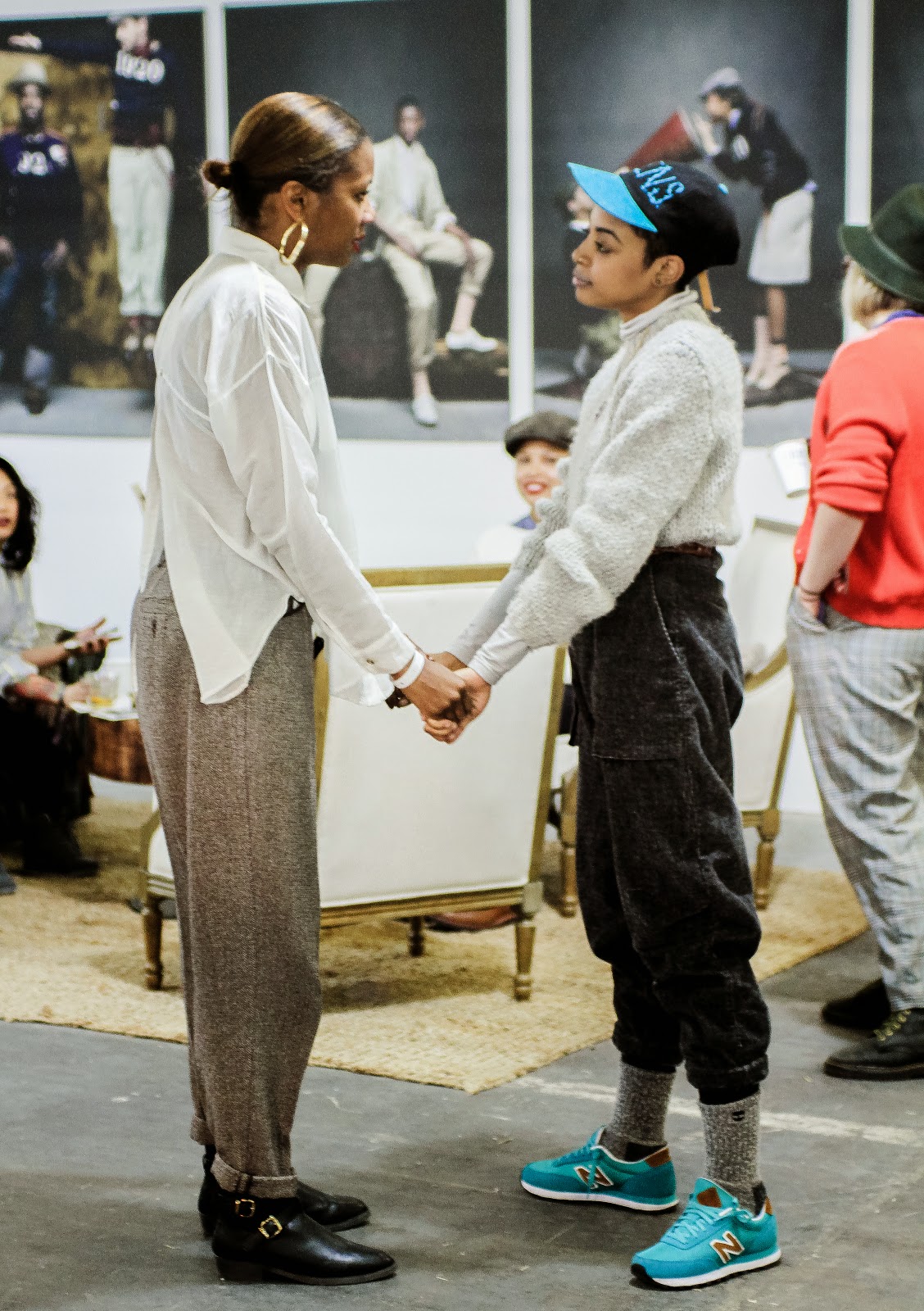 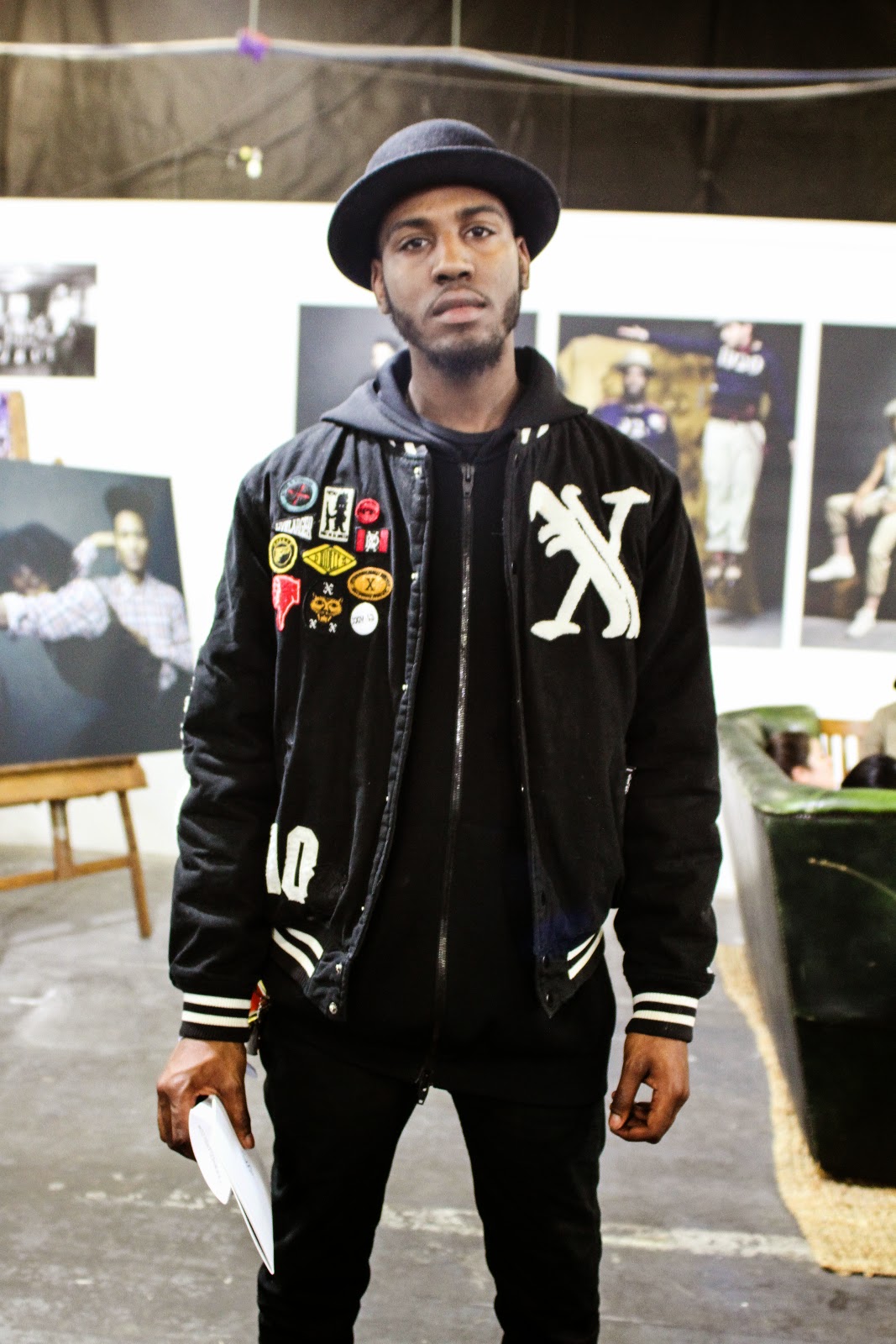 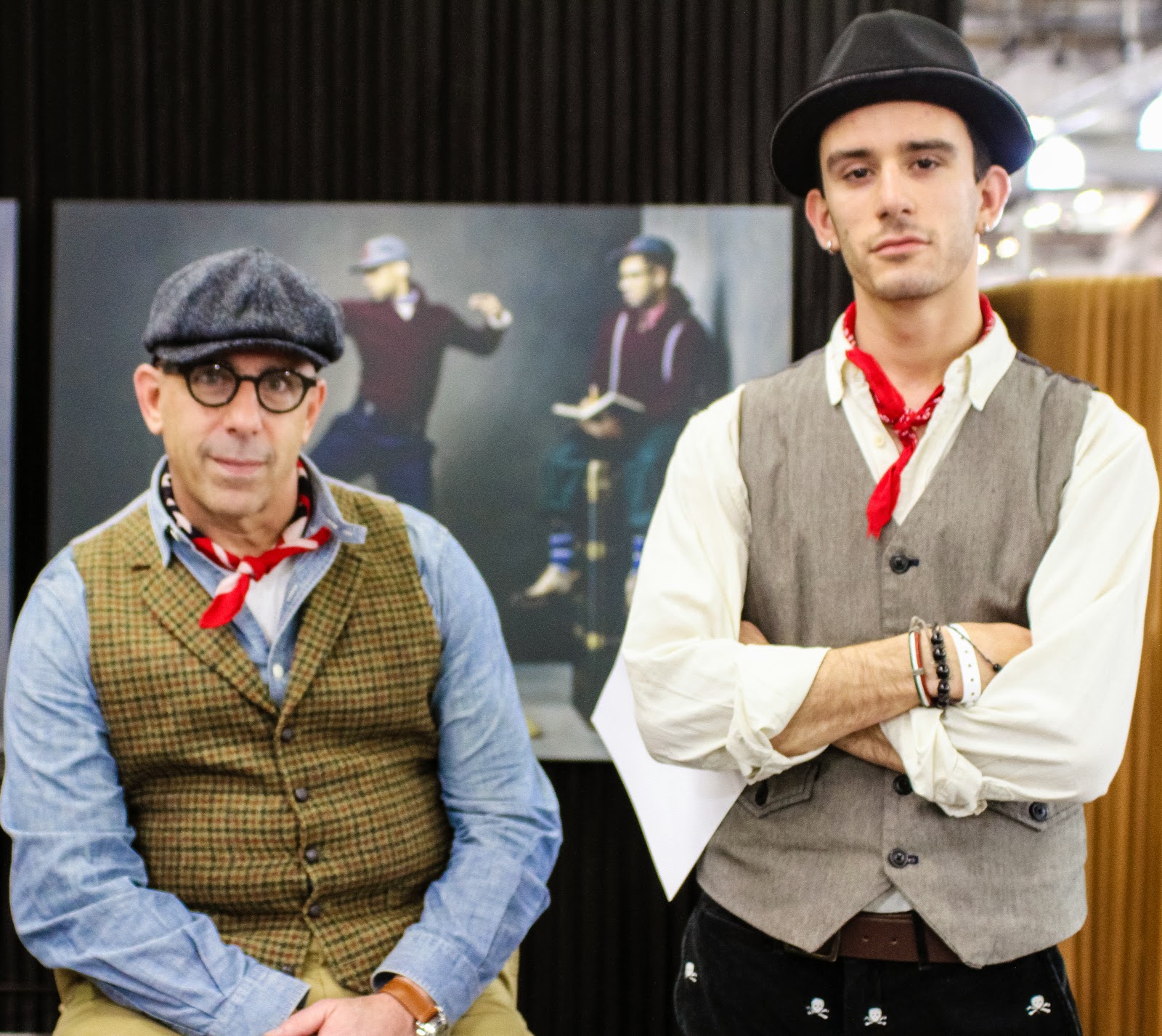 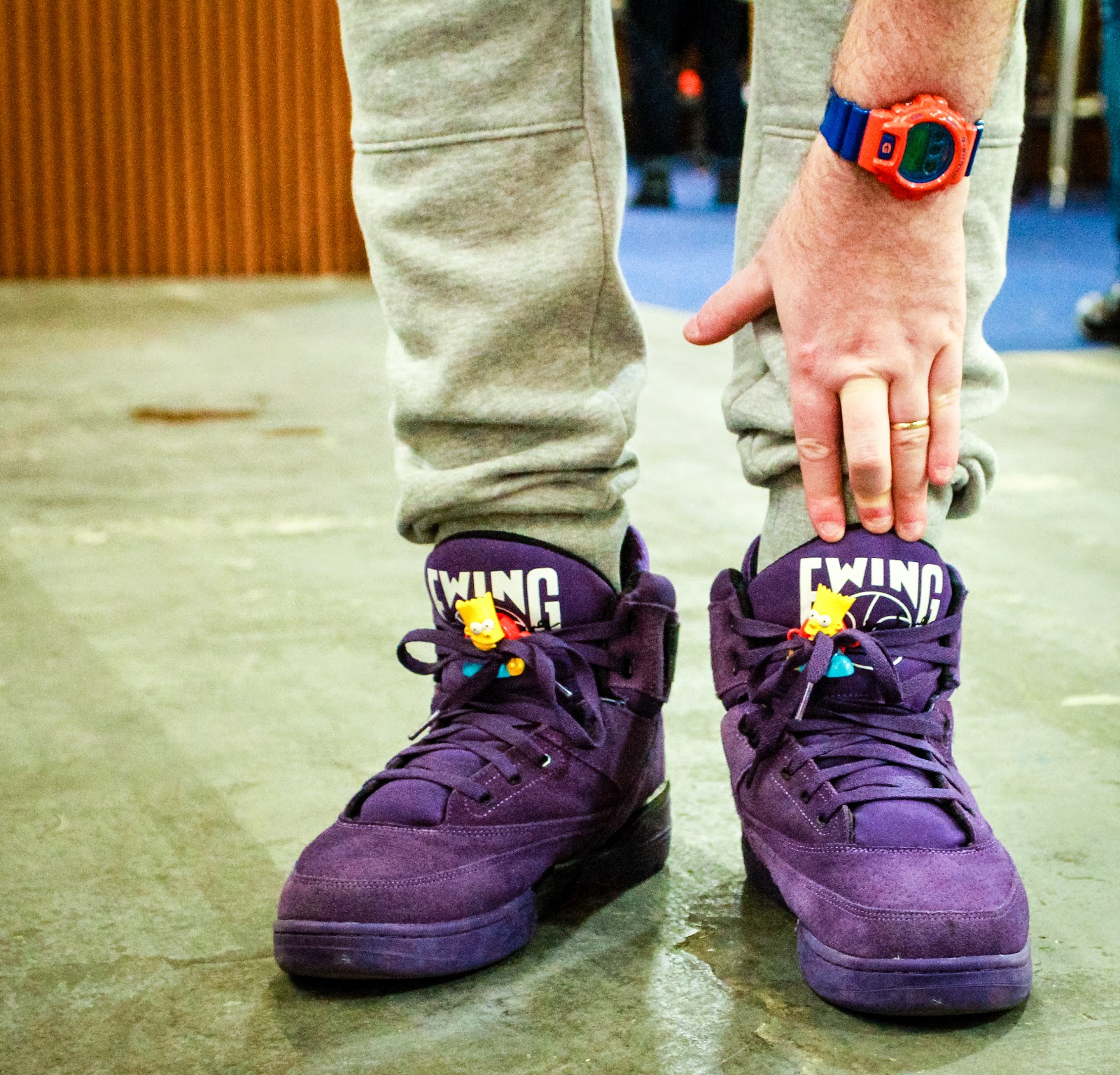 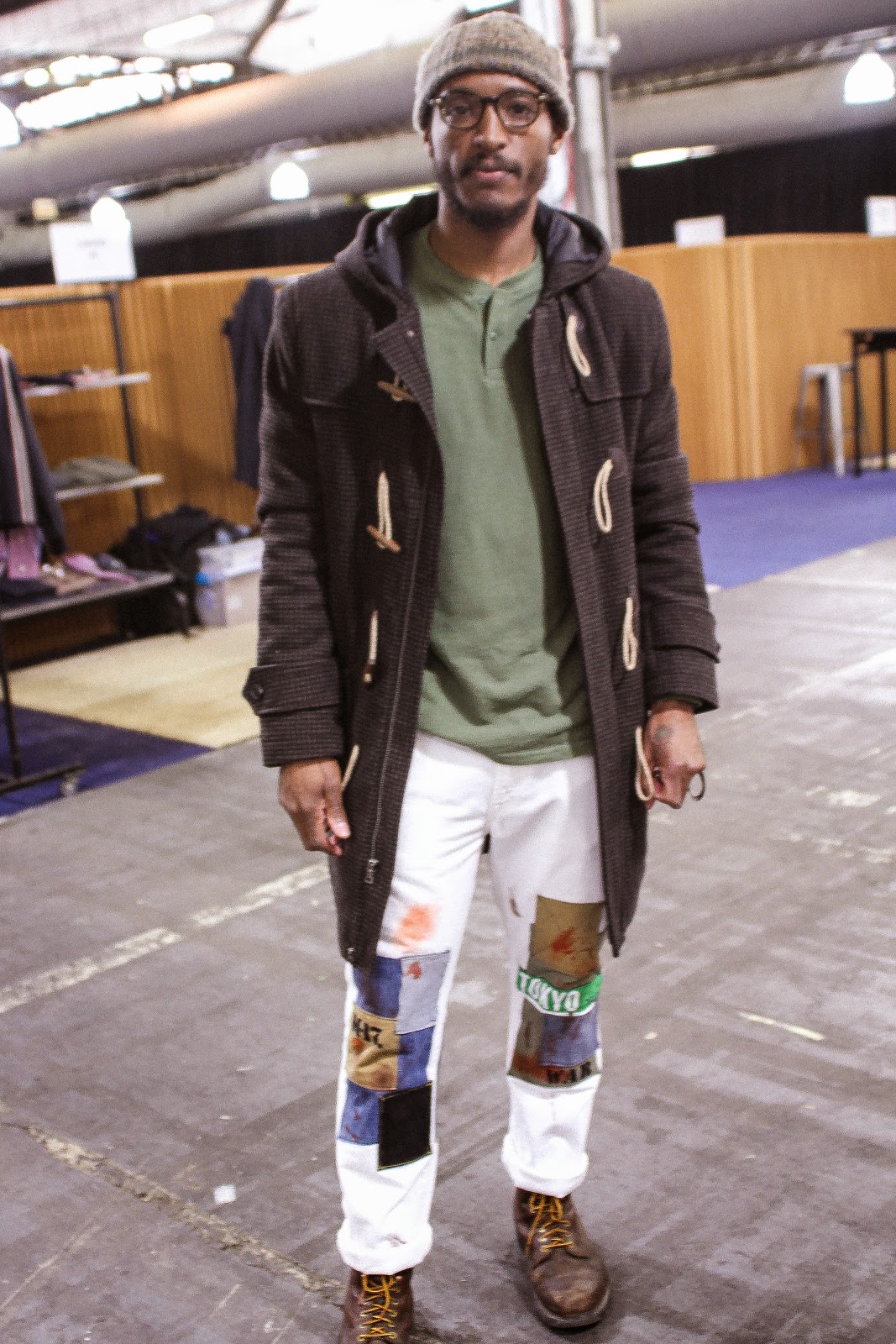 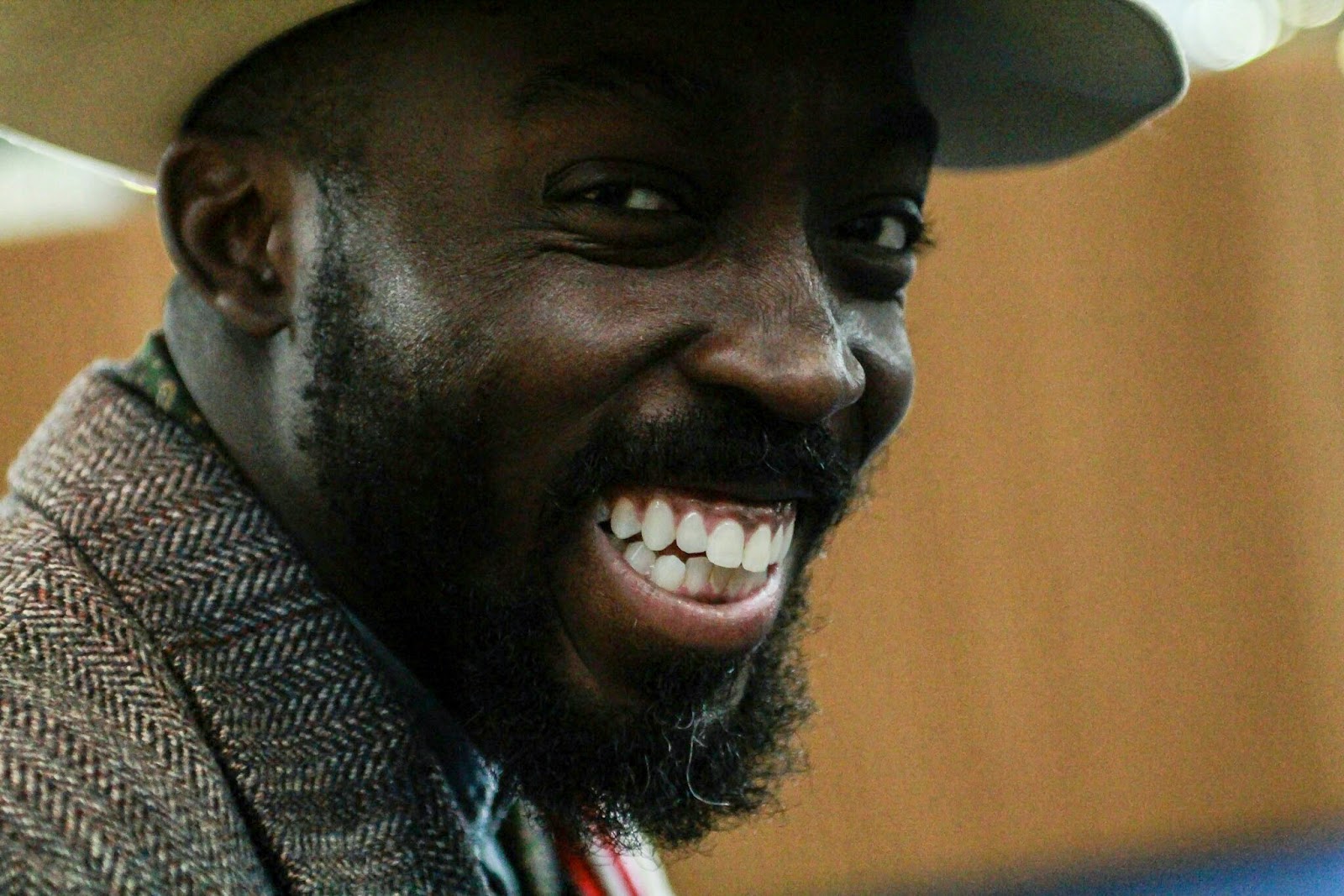