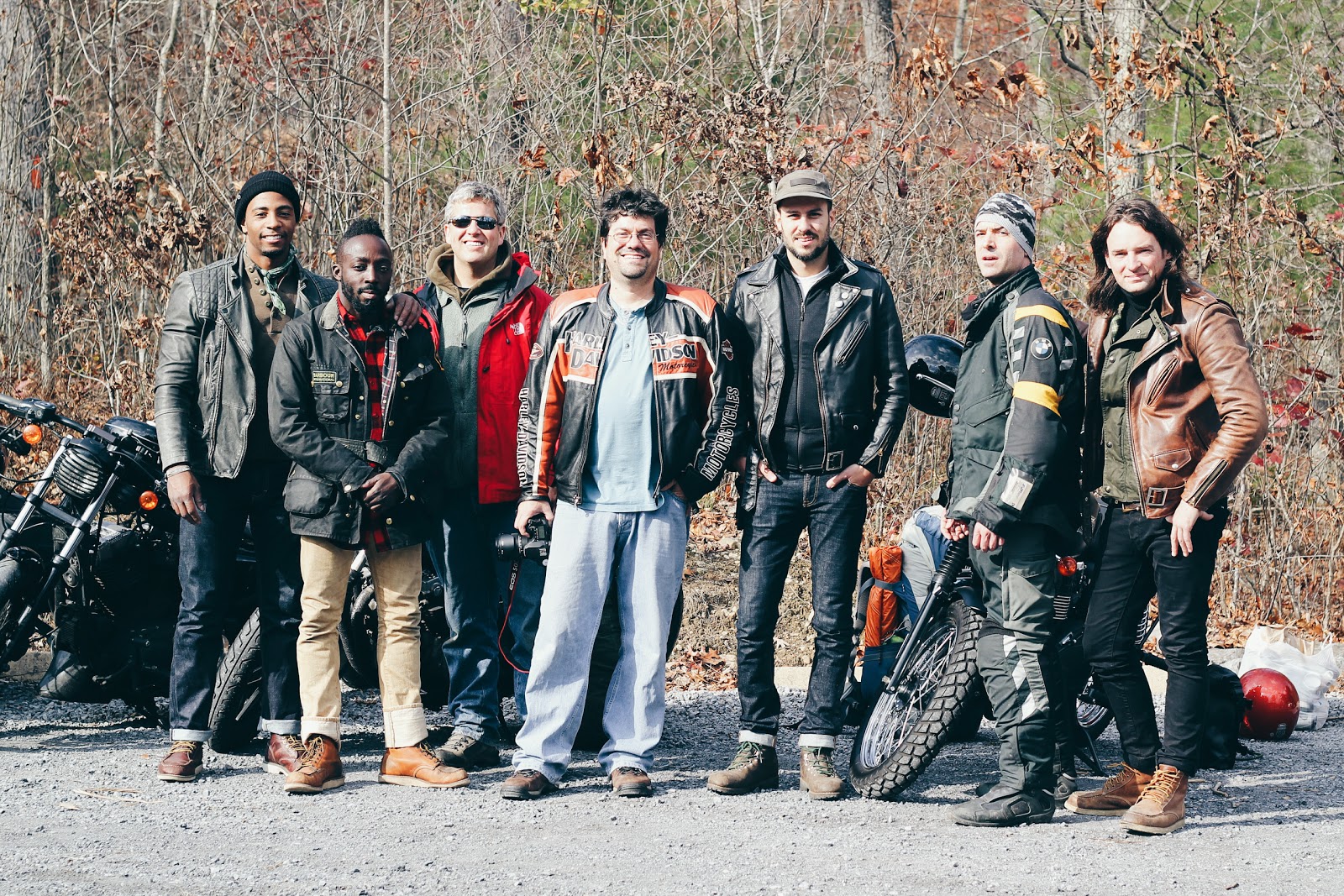 While most motorcycle riders were prepping their bikes for winter storage, we were dozens of emails deep in planning a camping trip dubbed “Don’t Feed the Bears”. If you had asked Sadiki to camp a few years ago, He might've told you "No dice bro. I don’t want to play Homeless for a weekend." Needless to say, he's warmed up over the years. This kicked off Tony's first camping experience. He is now addicted to REI.

We all thought of a number of ideas ranging from beach camping, primitive camping, hiking, and fishing. Tons of suggestions were made, and a few were ignored. At the end of the email trail Luke Adams of US Royalty (Damn right we name dropped, camping with rock stars) suggestion of Signal Knob, was voted best in show. We could camp, hike, fish, try no to get ate by bears, and the sight backed up to a creek for a water source.

Anyone who knows Sadiki has heard him say a ton of times, “Where are my keys.” So sticking to tradition Sadiki lost the keys to Sigourney Weaver, his XR650, the day before the ride. Not knowing where he left the keys last, we both tore up our apartments looking for Sigourney’s keys to no avail. So reluctantly, Sadiki gave up and broke the news that he wouldn’t make the trip. This time last year Tony's motorcycle was on ice (but this is always the case) and Sadiki, Carlos, and Pete ended up making the camping trip. This year Tony was in, and Sadiki's chances were looking dim due to the lost keys and his Harley being in the shop.

Tony, Carlos, and Pete meet at Chutzpah Deli for breakfast, where there was no shortage of bacon. Weird right? It’s a Hebrew named deli that sells a ton of pork. Not judging just saying. Paul, Luke and Rich Parkerson of Viscosity were to meet up with everyone in the late afternoon/evening. We finished breakfast, and while waiting for a check, Sadiki pulled a Hail Mary and showed up on his Harley. He came in ordered a breakfast sandwich with Turkey and was told his option for meat was bacon or um.. Bacon. You could see him ponder over why would this Hebrew named Deli only sell bacon. He ate, and we all drank coffee and started to geek out over our Camping gear and tech. It was sort of like Naked and Afraid where you tell your partner what you brought to survive. Pete had a water purifier, and Sadiki had a .357, Carlos had a bottle of rum, and Tony had a flask with Whiskey. Before long Tony and Carlos started to realize they left stuff out of their pack. So we set off to the Holy camp city of REI to complete the missing items.

Not so quick. Pete left his Night-Rod on. No pervs it’s not a sex toy. His battery was drained but luckily Sadiki brought his PowerAll, an all-in-one PowerBank, Jump Start, and LED Flashlight! This thing harnessed the power of the sun and provided Pete with enough crank amps to start his BBC. I mean Big Black Cycle. Get your mind out the gutter, you guys are so gross.

We finally made it to REI, and it was like we set off to find the Holy Grail. Tony and Carlos picked up the things they needed to survive and Sadiki grabbed an ax. Finally, we were off on a scenic 67-mile ride over looking mountains down route 66 towards Front Royal. We arrived at George Washington National Forest, with only 3 hours left of daylight. We stood around for a few waiting for Carlos, who over packed to unpack his suitcase from his bike. We then had to wait for Pete put on his disc lock on his front wheel and mount his 50-pound backpack. Expecting the walk to be only a half-mile, we didn’t get too far out of the riding gear. So we started towards the trail in chaps, leather jackets, and all.

We ran into some college kids at the mouth of the trail. They took a picture for us and assured us that we can find flat ground to setup about a quarter to half mile up the trail. So we set off. It was all smiles, laughs, and amazement in the view, until shit got real. We lost tract of time and how far we walked until we noticed Carlos looking like death. Pete checked his map, and it said we hiked 2 miles. Mind you these dudes are carrying 80 pounds of gear between the two of them. Unlike Pete, who had a proper hiking backpack and took off his riding leather Carlos literally had a suitcase, his chaps, leather jacket, and other layers on. Wait this story gets funnier.


Our buddy Carlos wasn’t fairing too well with his zombie apocalypse ready camping equipment. We told Pete alongside his and 50-pound bag to stay behind with Los at the 2.5 mile point. We played scouts and made our way forth to find this elusive flat campground. At the 5-mile mark, we found a sight that had a view to kill for. The only problem is we would probably be able to fit two tents safely on this ridge let alone 4. Add to the lack of space, no running water, running short on day light, plus the fact that Carlos would be doomed if we asked him to lug that crap any further; we made the call to just head back down. Poor Carlos straps popped on his bag, so he had to carry what was already an oddly shaped bag back down the mountainside to the sound track of us laughing our Asses off. 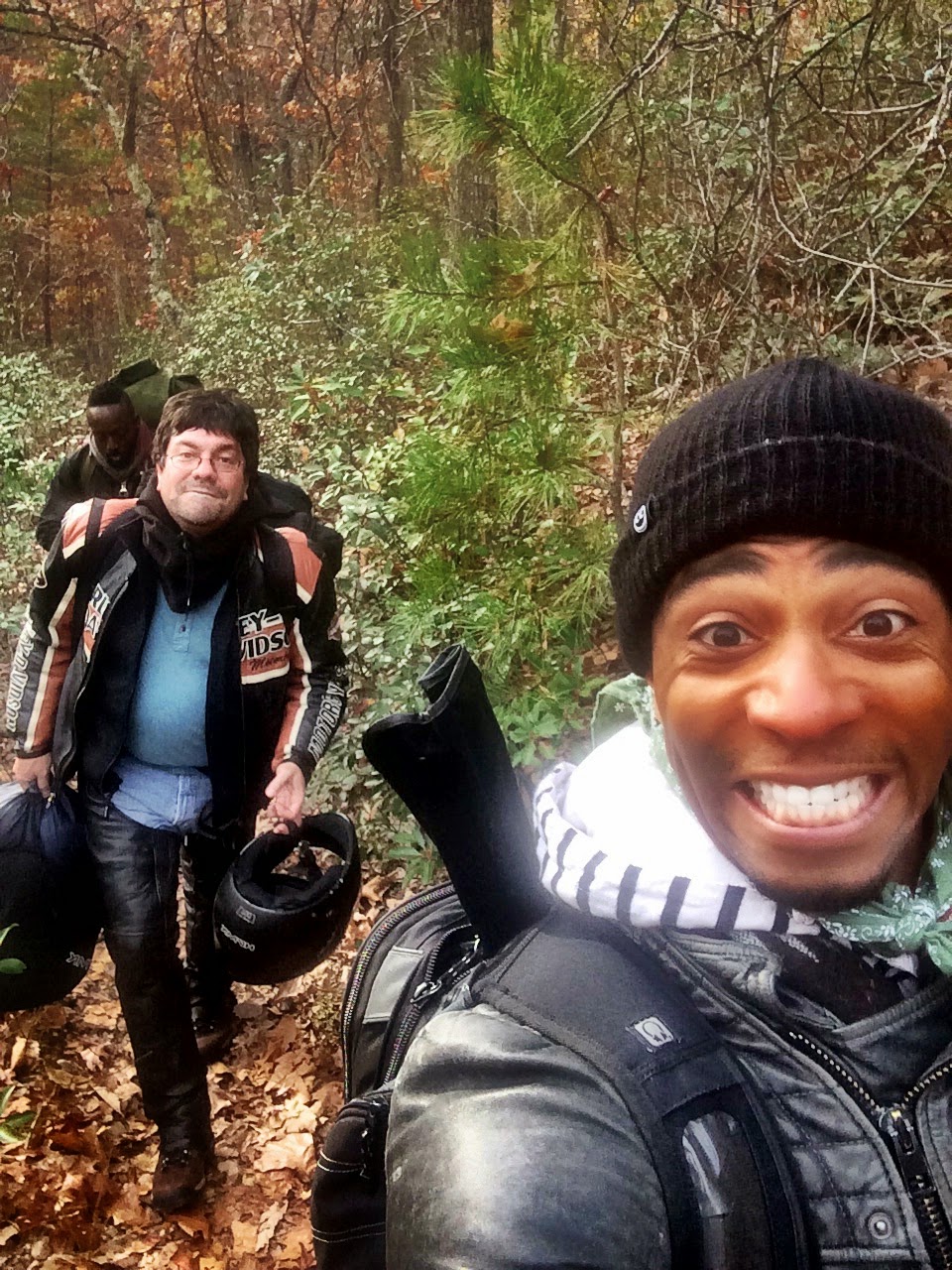 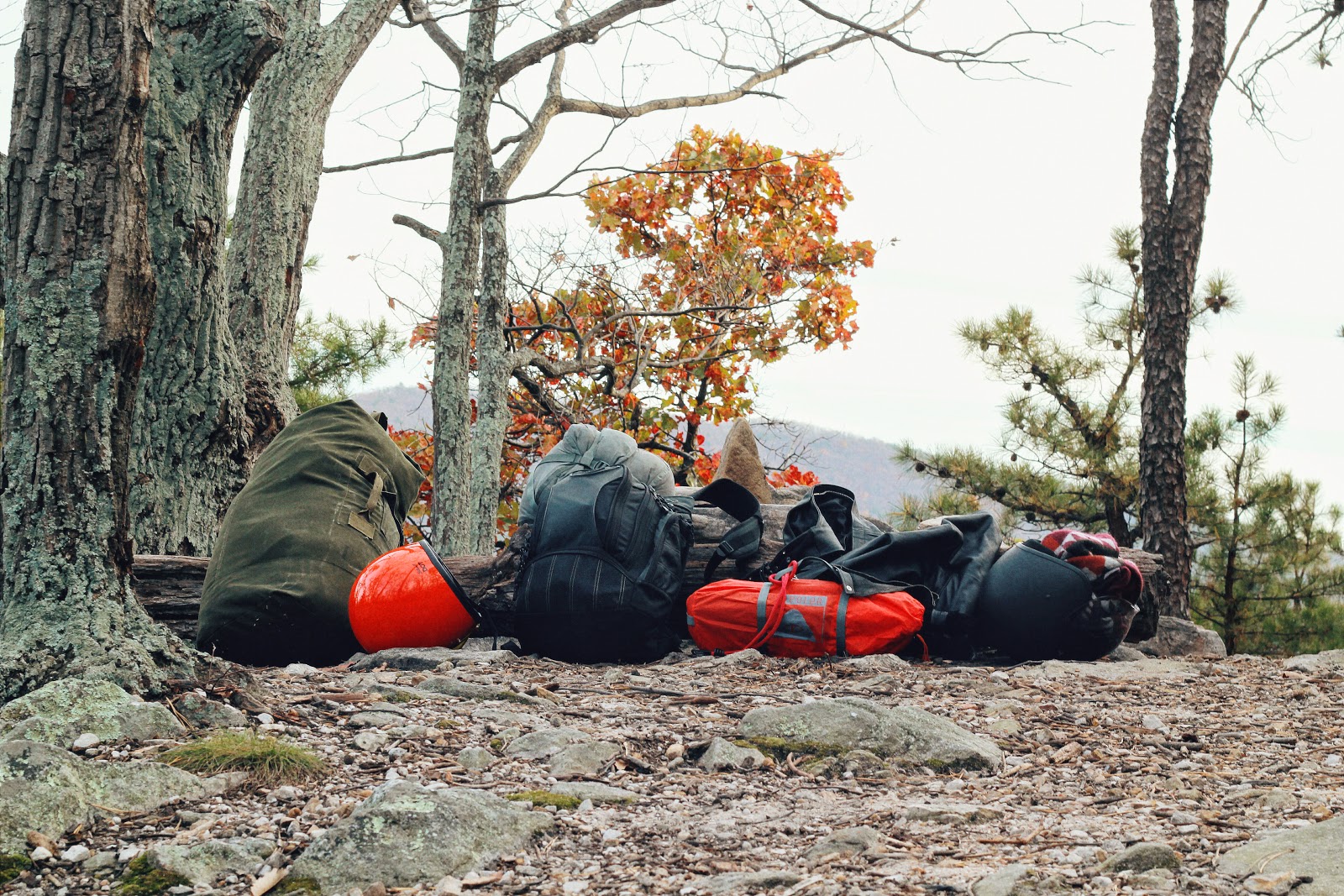 Yea, the whole way down the guys, were planning to water board Luke and Paul. We also didn’t expect them to come anymore since it was so late in the evening. At the bottom of the trail, we saw the cabin and thought there must be a driveway or some sort of flatter surface, which might make for a good sight. Low and behold, damn it Luke’s directions were on point. At just under half a mile from the parking spots were this gem of a spot. It had a flat surface, near the trail, and backs up to a creek.


Each of us had various brands or tents from Sadiki’s Poler One Man, to Tony’s Alps Mountaineering Zephyr1 tent and Pete's Nemo Tent. After the tents were set up we split into teams. Approaching 7:00 p.m. we managed to set up camp, gathering firewood and water ready for purification, cooking and drinking. It was 30 minutes passed, and we got a phone call from Paul Thornley that he and Luke Adams arrived and parked his sweet Triumph Bonneville. These guys were really bout that life. It was in the late evening and the low 30s, but Paul and Luke were stone cold riders.  Luke and Adam was also able to setup their North Face tent in the pitch black of the Forest. This was just the tip of the iceberg. An hour later Paul gets a call from Rich Parkerson that he was not too far away. He arrived at the camp ground at 9:30 P.M.!   Sadiki and Carlos almost walked past him as he parked his BMW F800GS on their way to get us cold brewski's for sustainment.

Long after the sun had set over the mountains, four of the seven woodsmen retreated to their individual tents for the night.  The fire continued to crackle into a warm, steady glow, as Luke, Paul and Rich continued the evening conversation.  A moment of silence passed.  Just then, an ember popped a spark into the air and a lone coyote gripped the starless night with a chilling howl, "Ahhhh Oooooooo!"  It was right out of a horror movie.  Then one of the woodsmen, gun at his side, blurted out from inside his tent and broke the heavy silence, "That was somebody's ringtone, right?"

The camping trip turned out to be a lot of fun; there was no bear attack, no one fell down the hill, and we all made it back safely. Oh and remember when Pete put that disk lock on his front wheel?  Well he didn't.  HA HA HA HA!! The next morning as we are prepping to roll out of the camp sight, Pete pulled off.  He didn't even make it the length of his bike before the lock engaged and he toppled over.  All in all he is alive and we all laughed some more. 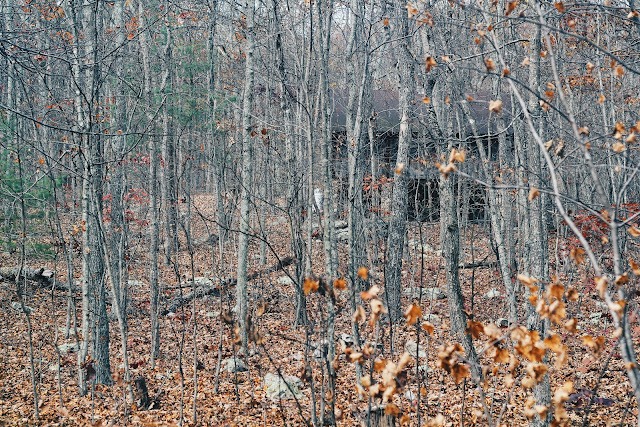 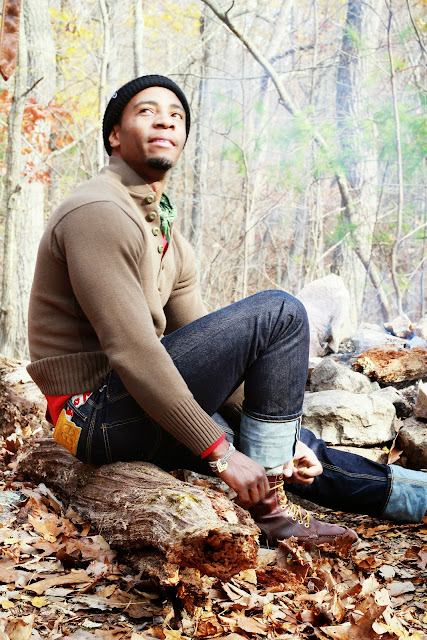 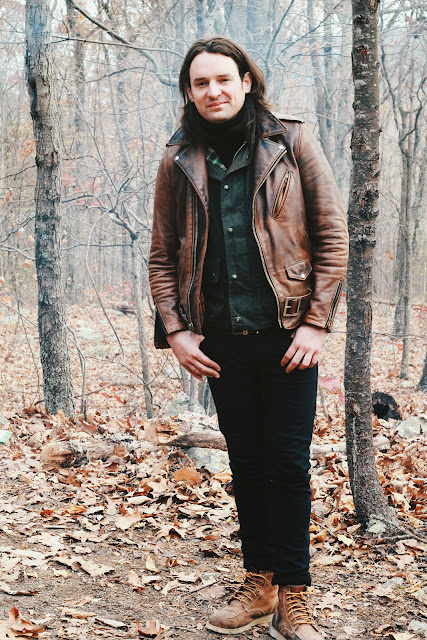 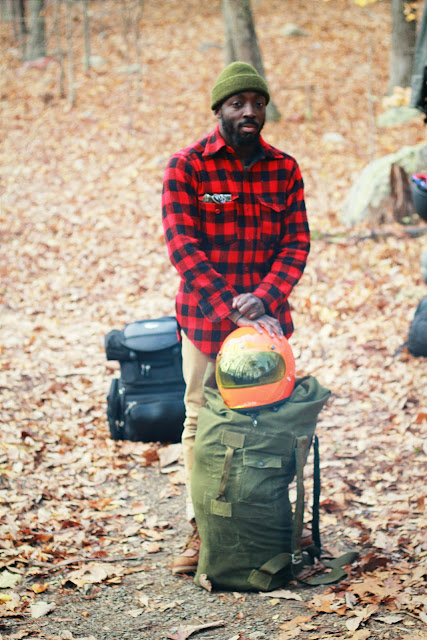 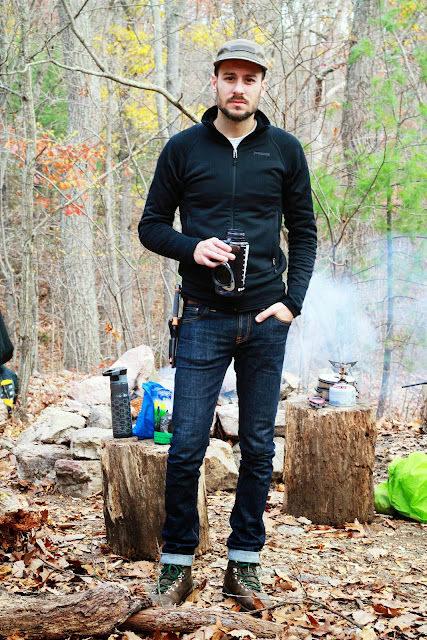 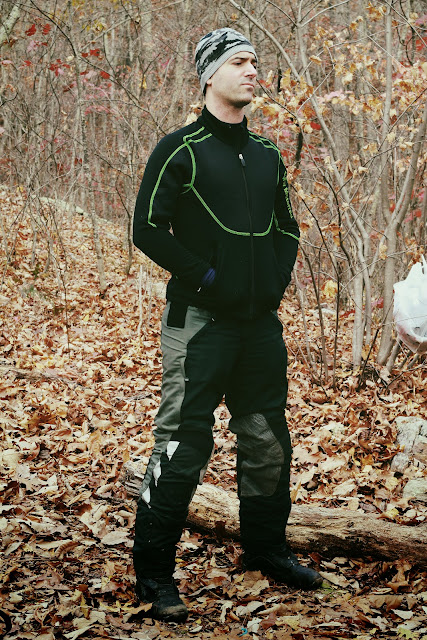 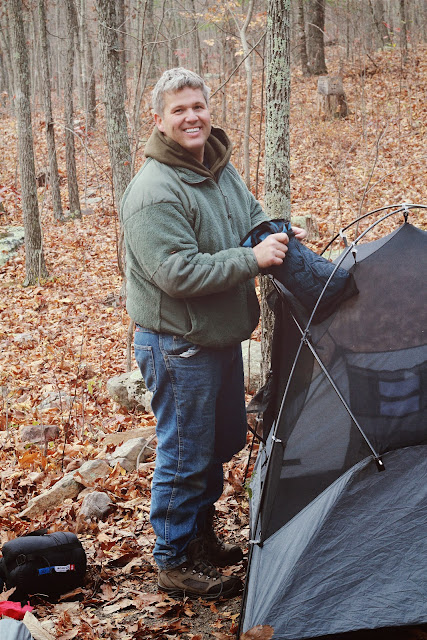 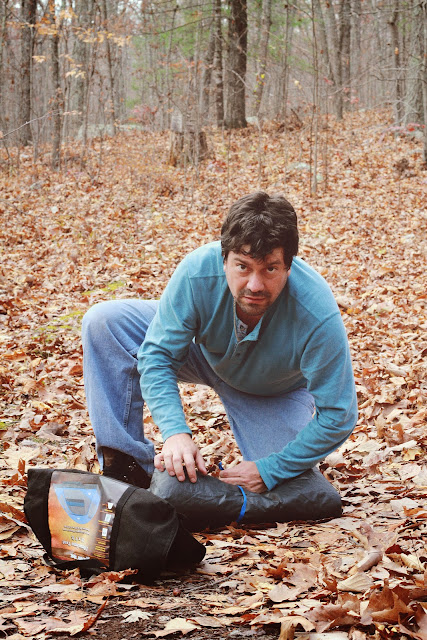 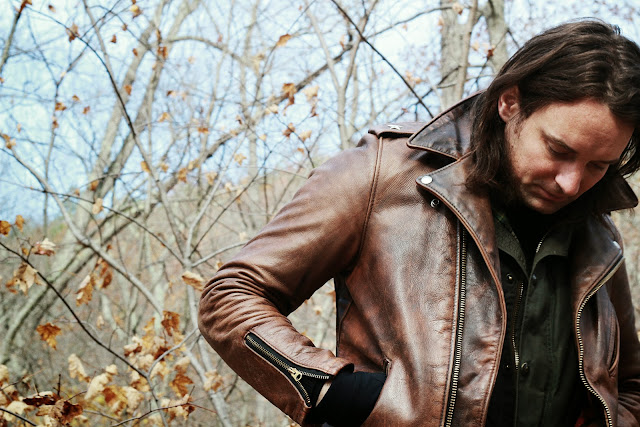 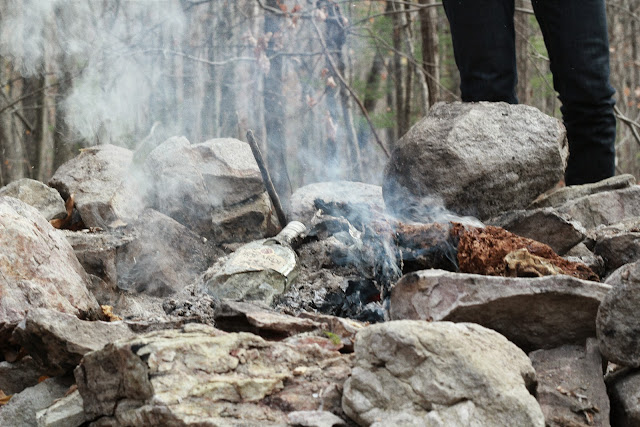 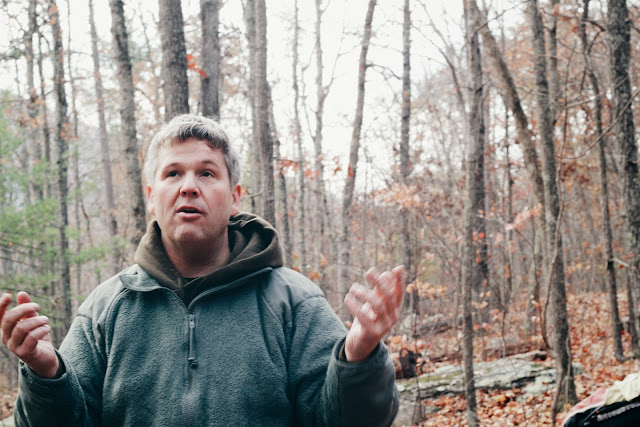