While we are not Gene Kelly Singin' in the rain, we had just about the same amount of fun with almost the same amount of style. Mr. Kelly did his number with a classic grey wool four button suit, crook handle umbrella, and pretty styling brim. That suit sold in 2013 for $106,250 after being sold in 1970 to a retired postal worker for $10. A little movie trivia: Gene had a fever of 103 degrees during this scene.
No one wants to get soaked so Tony carries a classic style crook handle umbrella. The irony is, the style of umbrella that most makes you think of a refined gentleman, is named Crook. It was a bit chilly so Tony made sure he would not get sick by layering his wool suit with a vintage vest and knit beanie. 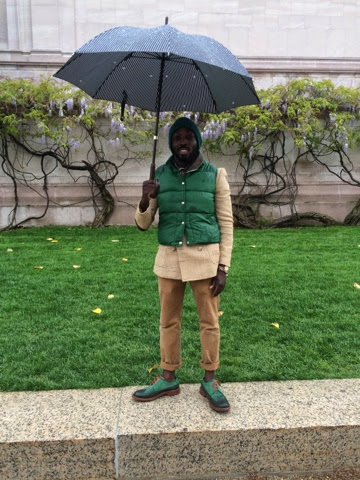 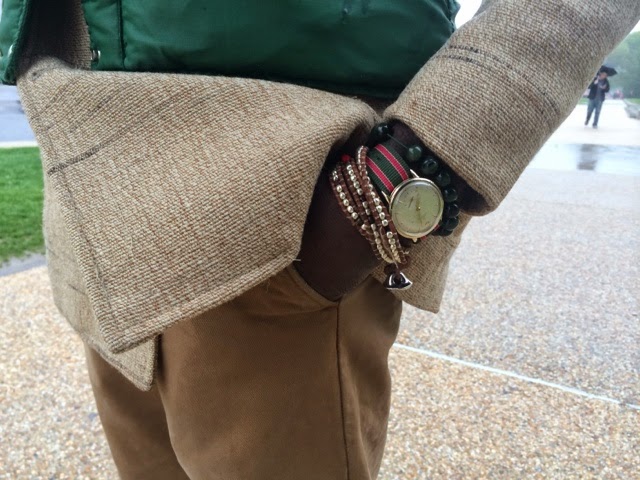 (Watch: Vintage 1960s Omega Automatic Seamaster (restored courtesy of Omega), Custom Leather/Bead/Stone Bracelet via Yass Frostyjam of the Fly Six B Crew (Japan), Green Beaded Bracelet: Casa di culture)
We came a long way from donning wheat, and tan Timberlands, but like they say the more things change, the more things stay the same. Tony takes a different approach of adding a layer of water resistants' to his shoes. Shout out to Kiwi for their Suede and Nubuck Protector. 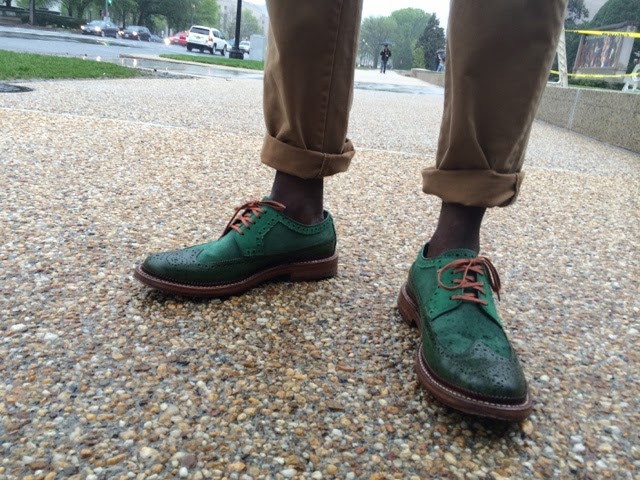 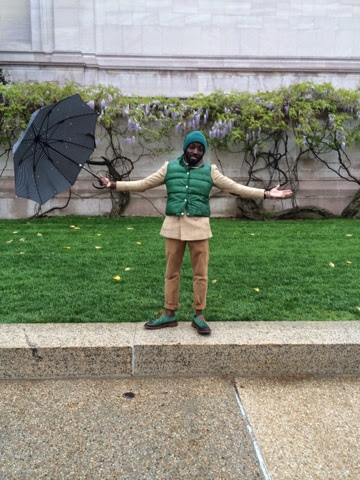 Sure, it's like the double wide of umbrellas but you never know when you will have to share your dry space with a small nation. This was probably the thought the designers of this TOTES umbrella had or maybe that what Sadiki thought when he bought this behemoth. With the cost, the other cool things of this umbrella are the dual flap design which keeps the wind from sabotaging your dryness and the carbon fiber stem which makes it super light. Just in case it starts raining sideways he also wore a trench coat. Everyone should own one of these no matter what. 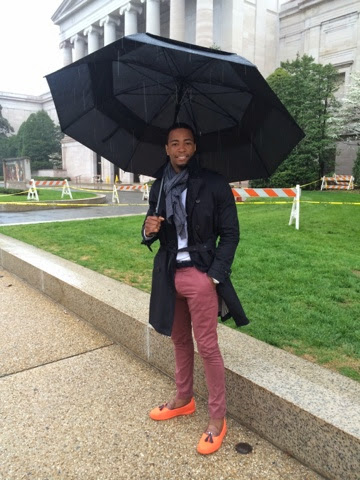 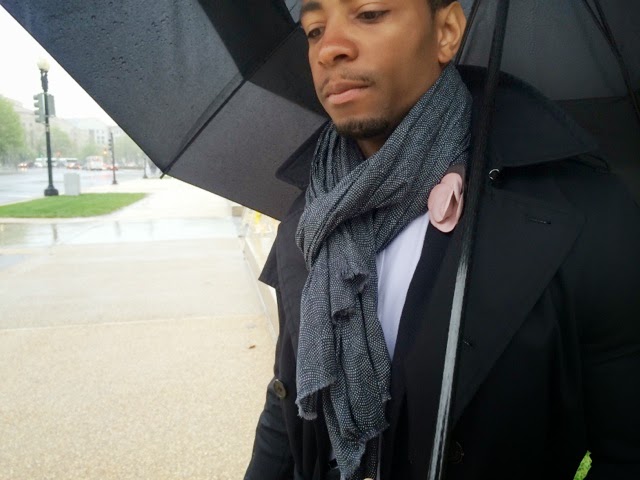 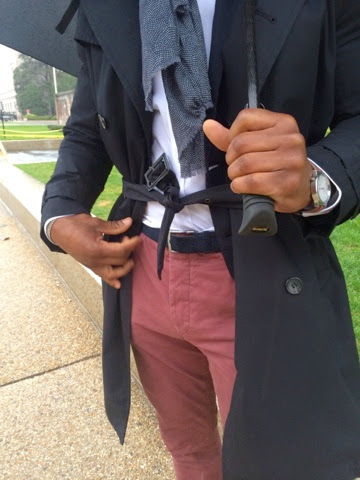 Sadiki is not much of a singer, but he was prepared to dance in the rain covering his leather sole penny loafers with swims. If you have ever stepped in a puddle of water, poo, puke, or some unknown substance that you did not want on your shoes these things will save your life. Get a pair, plus they look better than Wal-Mart plastic bags on your feet. 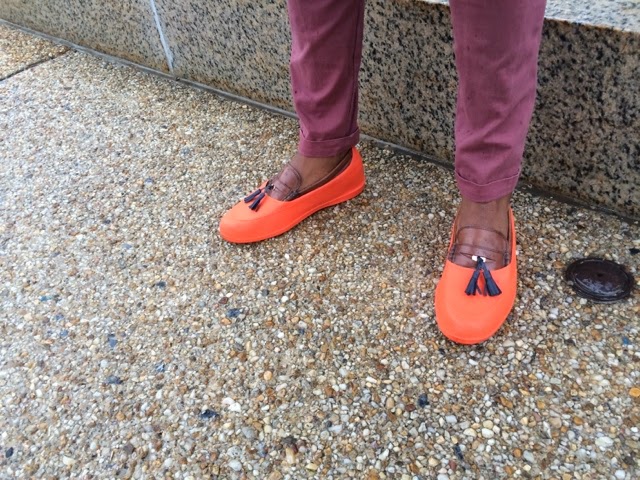 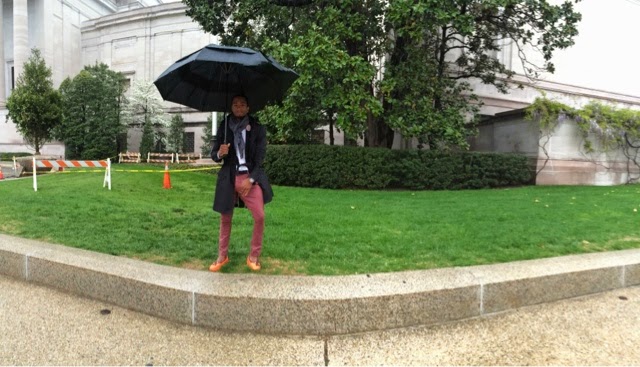 Let the stormy clouds chase
Everyone from the place
Come on with the rain
I've a smile on my face
I walk down the lane
With a happy refrain
Just singin',
Singin' in the rain